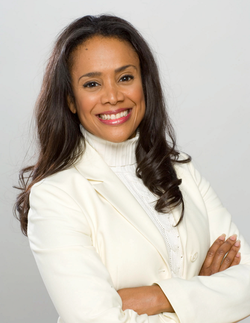 After searching such engines such as bing, google, etc., I found very limited information about me. This was surprising considering I have various social media accounts.   The only time I found my name was in relation to Tilton elementary school where a photo was posted showing  my students with their certificates after completing the Project Syncere program.
Considering there are thousands upon thousands of people named Sandra Jackson, It is very difficult to locate me on using various search engines without more in depth information. On the other hand,  famous people with my name, such as Sandi Jackson, are listed quite frequently.
The name Sandi Jackson came up frequently in Wikipedia in several search engines.  Sandi Jackson is the wife of former U.S. Congressman, Jesse Jackson Jr. and the daughter-in law of Jesse Jackson.  She was was elected to the Chicago City Council as alderman of the 7th ward (map) of the City of Chicago in the 2007 municipal elections held on February 27, 2007. Jackson resigned from Chicago City Council, effective January 15, 2013. On February 20, 2013, Jackson pleaded guilty to one count of filing false tax returns. On August 14, 2013, she was sentenced to one year in prison for filing false income tax returns.